English Bay is one of the most picturesque places in Vancouver with its many beach fronts adorned with characteristic logs. Drift logs strategically placed on beaches are strictly a Vancouver innovation and are not commonly seen in any other parts of the world. Pictured in this painting is Sunset Beach, along the seawall, looking southeast towards the Burrard Bridge. This location always brings me back to memories of summer days spent tandem biking on the seawall or watching fireworks from these very shores as a teenager. English Bay also boasts the best sunset views in the city where you can watch the sun’s beautiful descent into the Burrard Inlet. Naturally, this is where Sunset Beach gets its namesake from.

Sand was added to the beaches of English Bay in 1898 and to access the beach required a trek through the forest to the beach front, where many residents had built summer cabins, including legendary Vancouver resident Joe Fortes, who was Vancouver’s first lifeguard.

The scene in the painting takes place on a typical rainy afternoon on March 20, 2016. There was neither summertime weather nor stunning sunsets during this time, but instead beautiful west coast rain. It was the type of light rainy day, where it was barely noticeable. Though being a Vancouverite means being immune to rain through preparation; an umbrella is never too far away. You can’t let the rain phase your plans in Vancouver and truth be told, it rarely does. 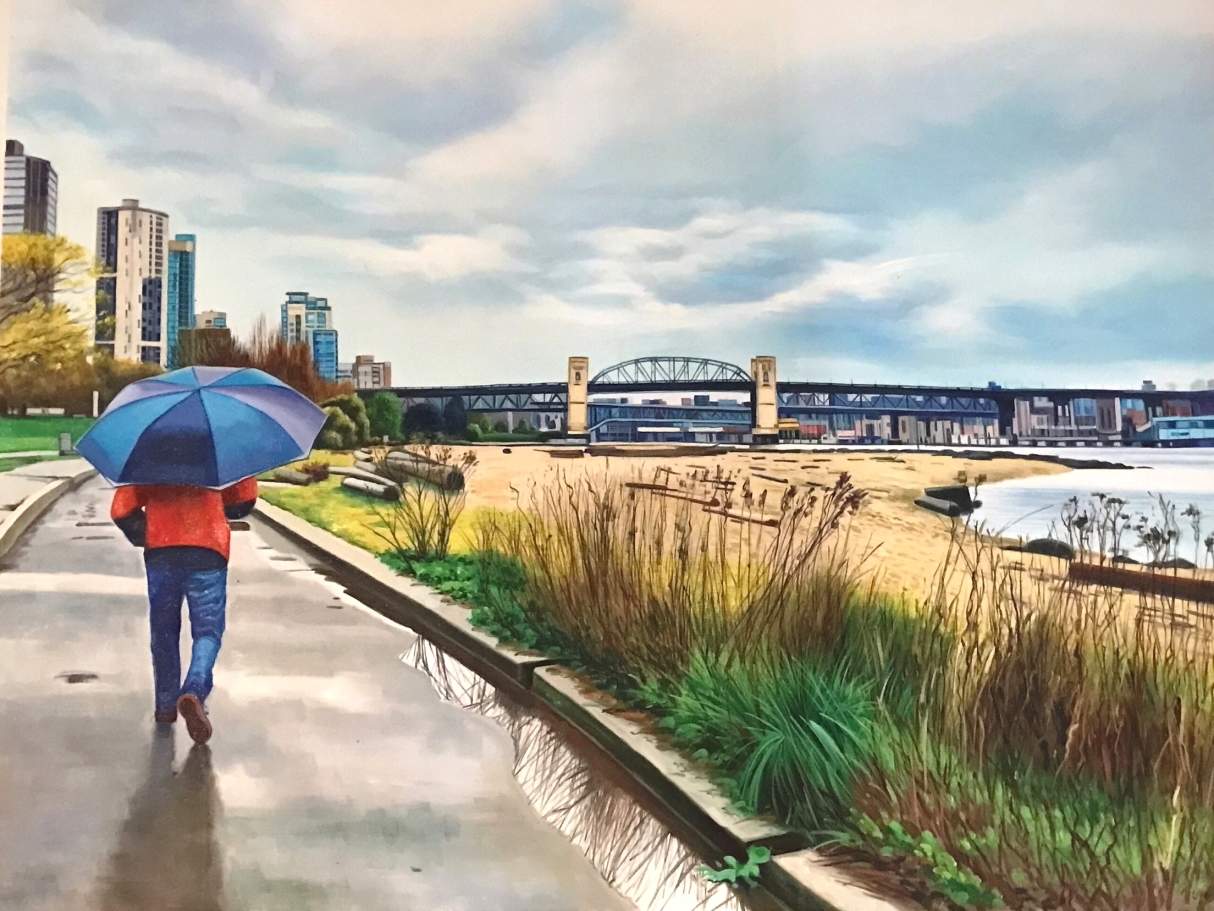