The Olympic Cauldron, crafted for the Vancouver 2010 Winter Olympics and lit for the first time by hockey legend Wayne Gretzky is a magnificent structure in an ideal location. It’s set amongst a beautiful North Shore backdrop of mountain and harbour views. It’s amazing how Jack Poole Plaza has been transformed after the Olympics to a location adored by locals and visitors alike. The torch is now flanked by two restaurants, each with outdoor patios overlooking the cauldron and there are permanent lounge chairs installed around the plaza.

I still recall witnessing the cauldron lit up during the 2010 Olympics and seeing the brilliant flame behind the temporary security fences installed during the games. Everyone was congregated by the fence trying to catch a glimpse of the torch. The air was filled with excitement for the Olympics and the celebration of Canada, as well as the city of Vancouver itself.

The scene depicted by the painting takes place on April 17, 2016 at around 8pm. I celebrated my birthday at Tap and Barrel Coal Habour and was pleasantly surprised to see the Olympic Cauldron lit up outside the restaurant. It was quite a spectacular moment seeing the flame in all of its glory, as the sun was setting in the sky. People in the area were all drawn to the torch, just as they were during the Winter Olympics and for a moment the same feelings of wonder and amazement from the games were brought back. 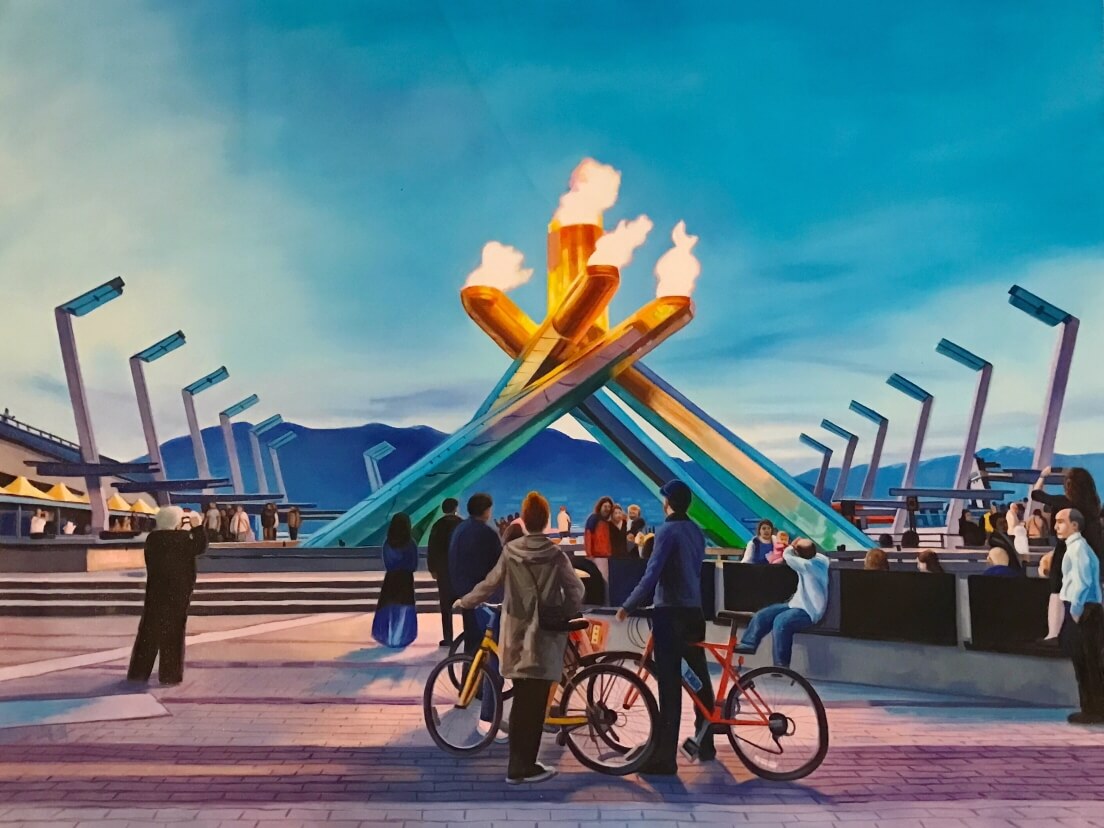