Constructed for the 1986 World Expo, the building was converted into a science museum and event space after the exhibition. The Telus World of Science is better known as Science World to Vancouverites and as reflected in the painting’s title. The 2010 Winter Olympics brought the Olympic Village buildings and breathed new life into the area with new homes and residents. I love watching the annual dragon boat races by Science World or grabbing a beer in nearby Olympic Village. 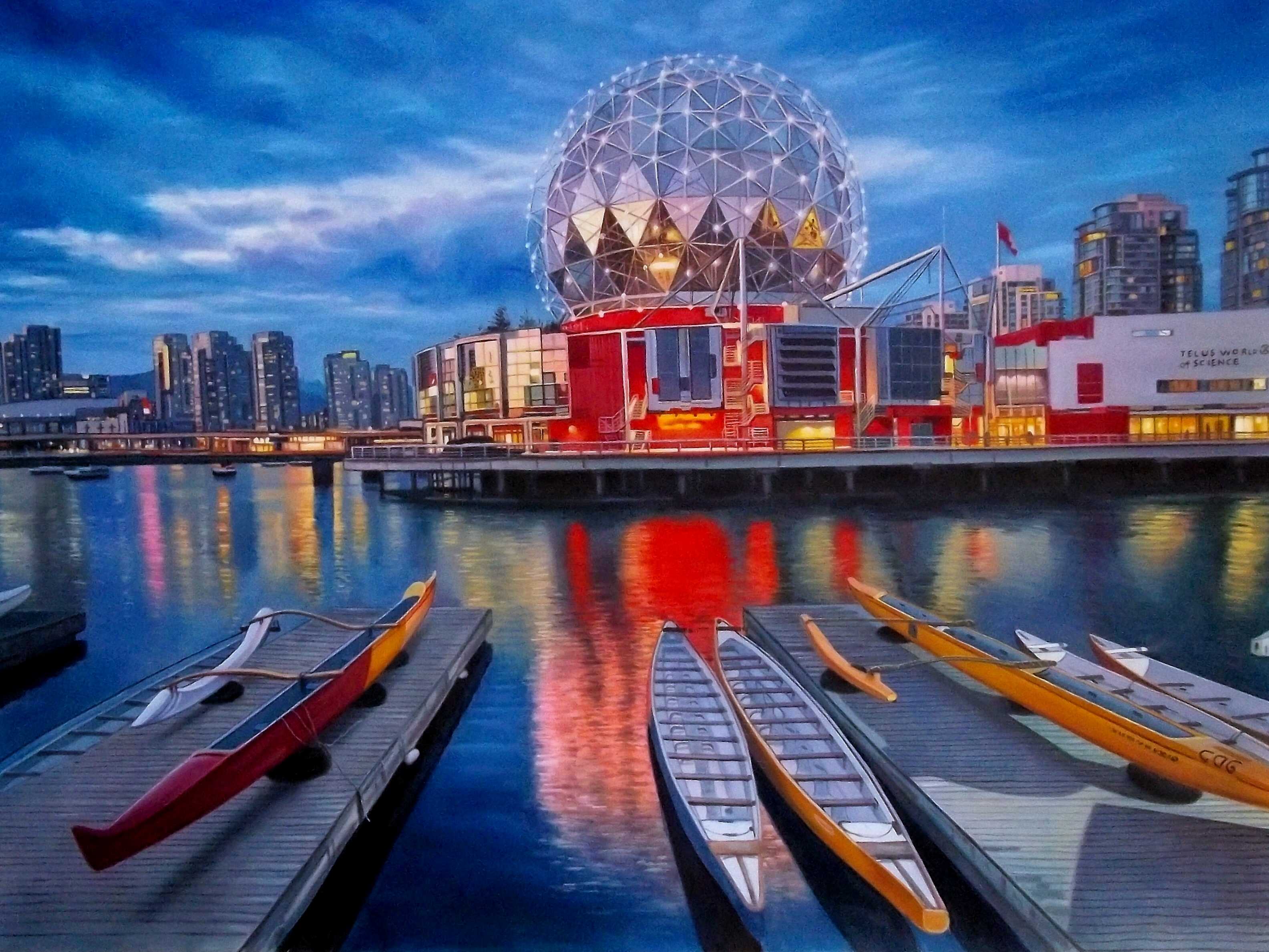