A park with a beach, waterfront views of downtown, adjacent to Gastown, and yet is mostly unvisited and virtually unknown to most Vancouverites! Crab Park is as hidden as a gem as you can get in Vancouver. It’s easily assessable by continuing all the way north on Main Street until you reach an overpass leading to the park. Interestingly enough, the name Crab Park has little to do with actual crabs but is an acronym for “Create a Real and Available Beach”, which was the name of the neighborhood committee who campaigned for the park’s creation in the 1980’s. The original name for the park was Portside Park when it opened in 1987.

I visited this location on June 16 2016 at around 7:30pm; it was not quite sunset, but the sun was low in the sky. The scene in the painting is from the pier located within the park and is a view of downtown Vancouver. This is one of the best views you can get of Vancouver’s skyline, which includes the iconic Canada Place sails and the Harbour Center lookout tower. As the buildings appear closer than from other views, it’s one of the more detailed paintings I’ve completed of the city’s skyline. The dock graffiti provides striking contrast to the glass dominated downtown architecture and also reveal a bit of the park’s grittier side. 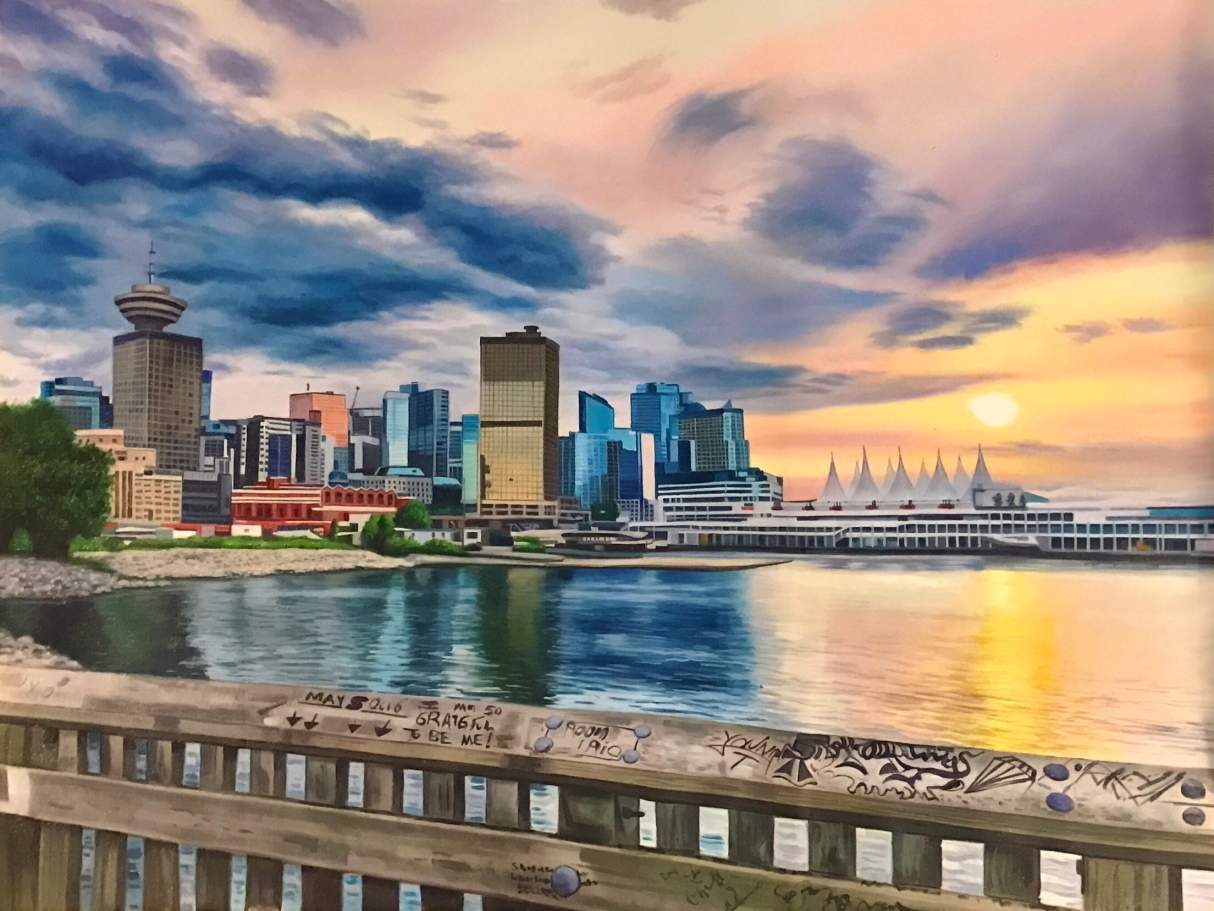